Property Demand Rises in the Docklands

Property Demand Rises in the Docklands 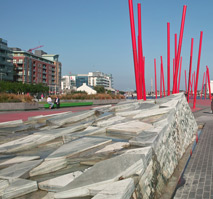 The thriving technology economy in the capital has led to a surge in the demand for property in the area, for residential and commercial buildings alike.

Yahoo have reportedly agreed to lease 70,000 square feet of office space in Docklands area. This news comes on the back of Facebook’s announcement that the social media giant plans to obtain 100,000 square feet for their office expansion which will eventually become the workplace of over 1,000 employees.

Similarly, in late 2013 Deutsche Bank leased about 110,000 square feet in the Docklands area, in preparation for the hopeful creation of 700 jobs.

Jones Lang LaSalle report that 1.9 million square feet of space has been leased in Dublin last year, up from 1.5 million in 2012 and the most since 2007.

Excellent news for the Docklands!