30,000 Brave the Weather to Attend this Year’s Docklands Summer Festival 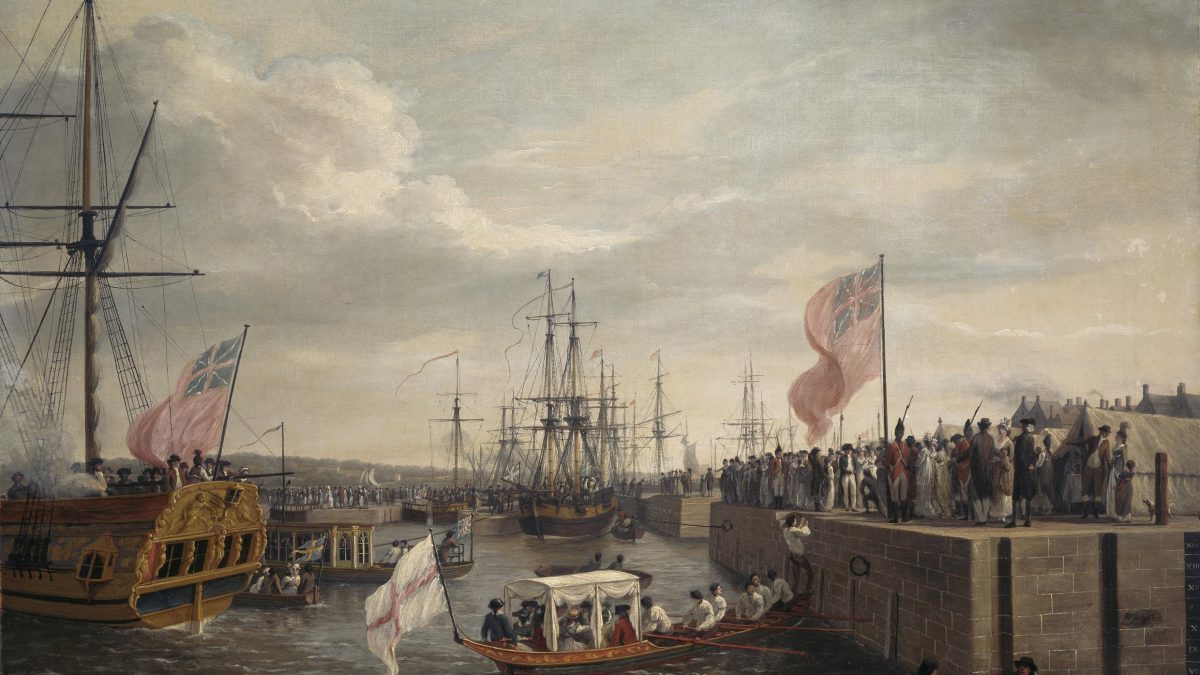 At the eastern end of the Grand Canal Basin lie some unnoticed gems of Dublin Georgian and industrial past. Thanks to the work of the Inland Waterways Association of Ireland and the Docklands Business Forum two large Graving Docks have been revealed. Another, the largest, still lies under rubble on the same site. Adjacent to the Graving Docks rest three sea lock gates, once the access point for large ships entering the basin from the River Liffey, now mostly in a state of disrepair. 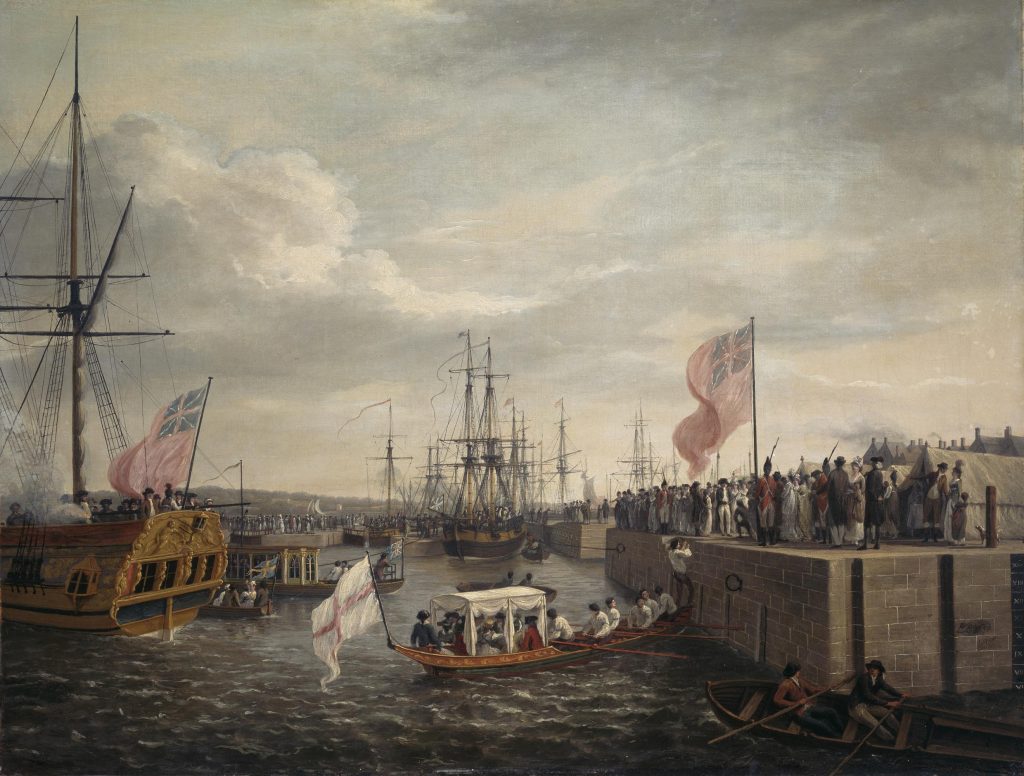 The Opening of the Ringsend Docks, on the 23rd April 1796, was immortalised by William Ashford. To the right, looking carefully, Lord Camden can be seen conferring a Knighthood on John Macartney. The entrance to both the medium and the small Graving Docks can be seen on the right while in the centre of the composition a large sailing vessel is entering the Camden Lock Gate. 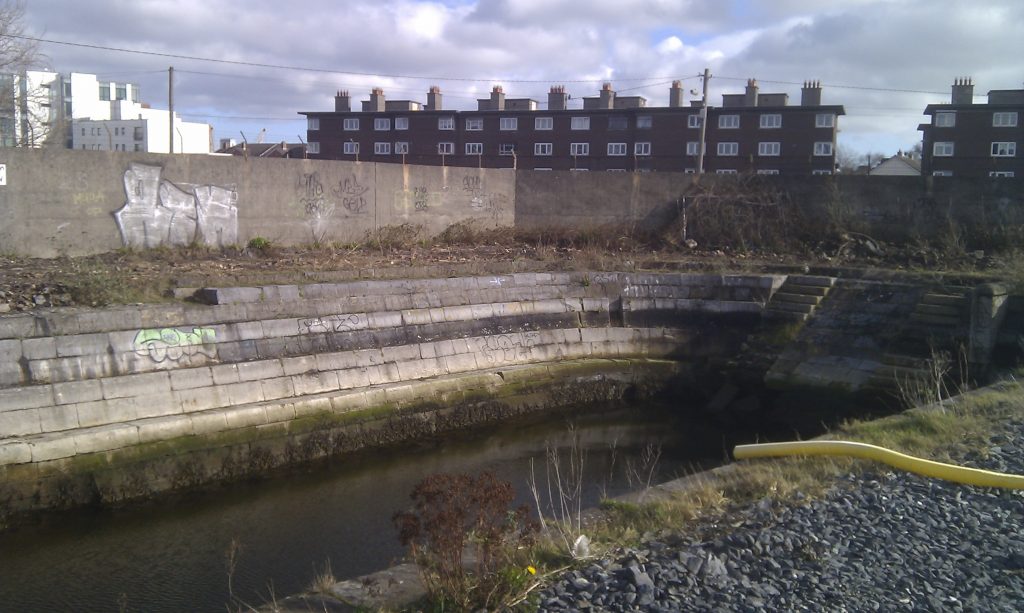 The small Graving Dock as it appears today

The Docklands Business Forum is proposing that the Graving Docks and the surrounding area be set aside for recreational open space. This will have significant economic and social benefits for the immediate area and Dublin city. The preservation, restoration and reuse of the Graving Docks and sea lock gates will provide a tangible link between the historic maritime role of the Docklands and its contemporary use as a world-class hub of enterprise. It will provide a strong, contextual environment for the development of modern architecture and bring necessary recreation space for the growing number of residents and employees in the area. 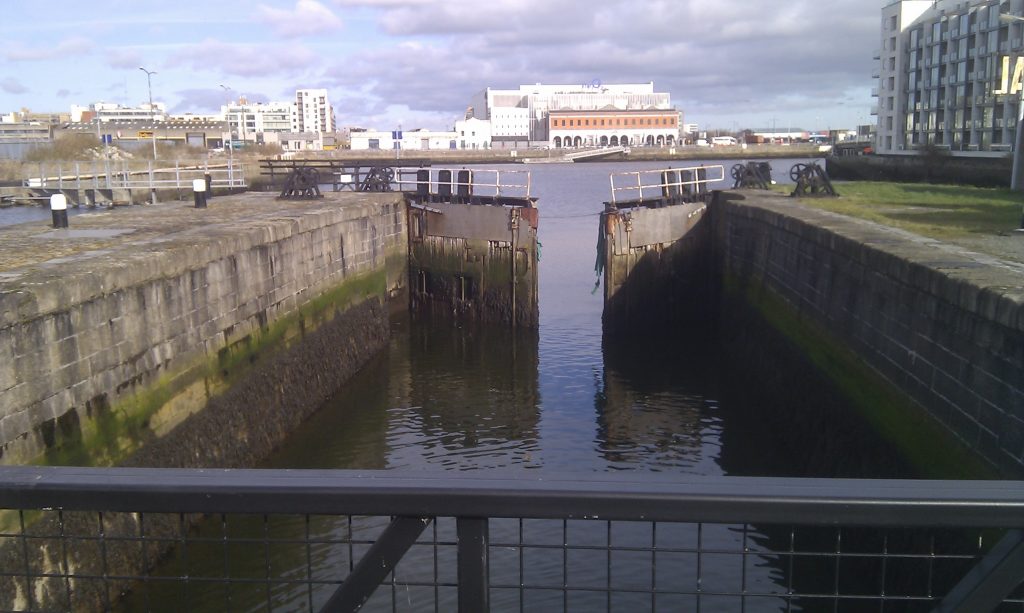 The Camden Lock Gate as it appears today

The Forum is also proposing that the Grand Canal Basin be developed as a destination for international yachting tourism. CEO of the Docklands Business Forum Alan Robinson states that “there is no reason why the Docklands’ waterfront cannot be as busy and as popular as Dun Laoghaire’s”. An average of 300 yachts berthing in Dublin’s Docklands over a four-month season would inject €18,000,000 into the local economy, creating over 600 new jobs.

The restorations of similar areas of maritime heritage have proved a fantastic success in other countries, including Les Berges de Seine in Paris and the Albert Dock in Liverpool.