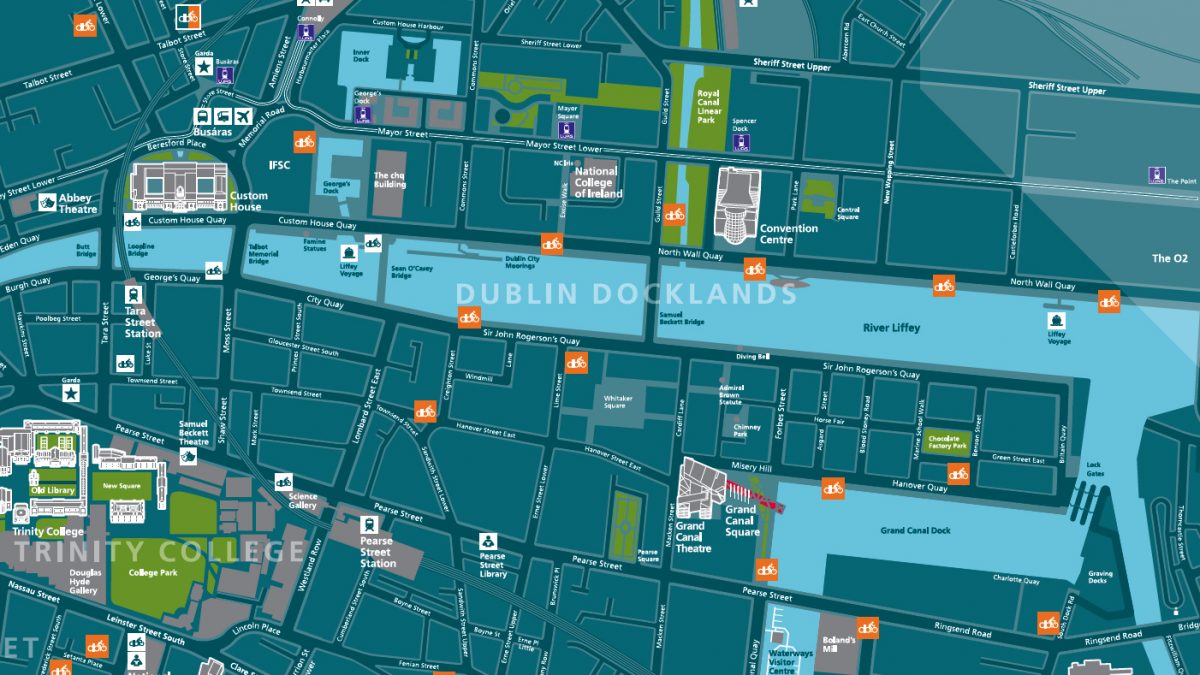 The Lord Mayor of Dublin, Naoise Ó Muirí, today announced details of the proposed expansion of the dublinbikes scheme which will be put before the members of Dublin City Council at next Monday’s meeting.

Congratulations to all business members of the Docklands Business Forum who have worked tirelessly on the campaign for this expansion scheme and who presented a petition from businesses representing over 70,000 employees in the Docklands.

The scheme has been embraced with resounding enthusiasm by the people of Dublin city. Since its introduction there have been over 5 million dublinbikes journeys made.  Dublin City Council has been inundated with expressions of interest to have this scheme expanded.

The Lord Mayor said “Dublin City Council’s dublinbikes scheme in association with JCDecaux is one of the most successful public bike rental schemes worldwide. The proposed expansion provides for 58 additional stations, 950 additional bikes and around 2,000 additional bike stands. These stands will be sited in the west of the city in the Heuston area and to the east in the Docklands area. It is hoped that works will commence this October and be completed during July 2014.”

The Lord Mayor added “The expanded bike scheme will provide for improved linkages in the city, the generation of 29 new jobs, the delivery of Government policy in relation to public transport and will further enhance the reputation of Dublin as a forward thinking and innovative city.”

At present there are 33,000 long term dublinbikes subscribers, with the bikes being used on a daily basis anywhere up to 7,000 times.