“Dublin Port have done a fantastic job in developing the cruise tourism business; as a next step, we have the opportunity to develop the eastern end of the river and the Grand Canal Basin as a maritime tourism quarter.”

Celebration and optimism were evident at The Gibson Hotel in Point Village when ten companies were recognised and honoured on November 24th in this year’s (the sixth) Docklands Business Awards, and where the next phase of development of Dublin Docklands was anticipated with enthusiasm. In front of a full to capacity audience, as well as Regina Doherty TD, Minister of State at the Department of the Taoiseach and Government Chief Whip, companies from different industries, at different stages and of different scale received awards that highlight the diverse enterprise that continues to support and motivate the development of Dublin Docklands. 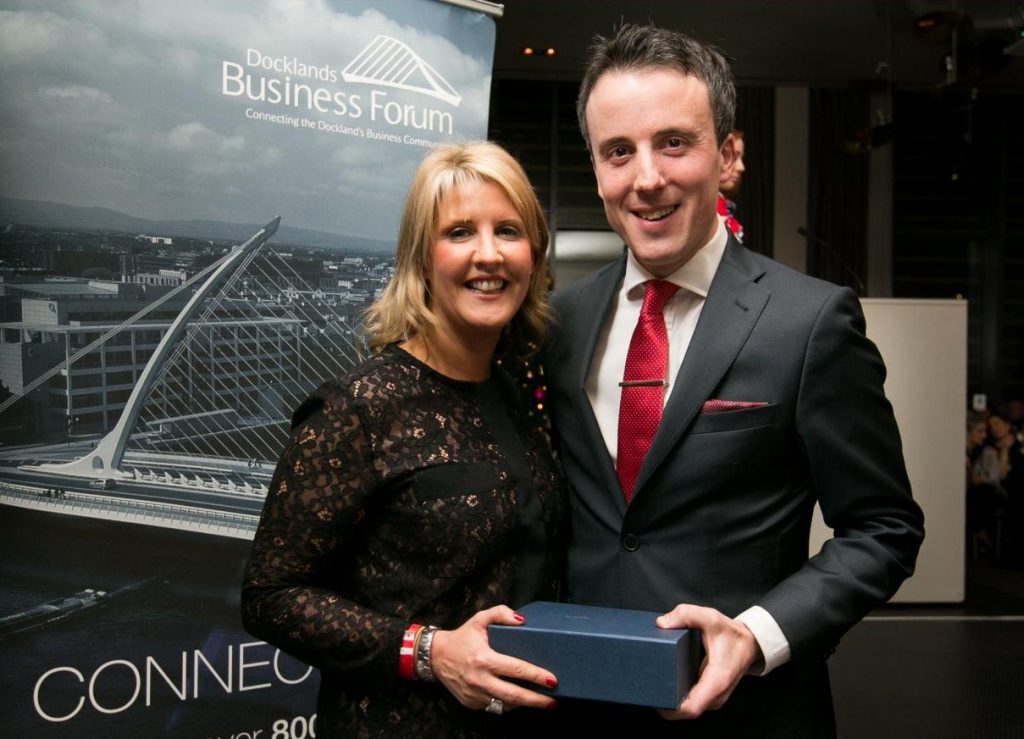 Among the winners were worldwide accommodation firm AirBnB, Irish accountancy firm KPMG, new museum Epic Ireland, the Brasserie at The Marker Hotel and start-up Hiri who won awards in the Exporter of Goods or Services, Responsible Business, Innovator, Foodie and Start Up categories. True to its ethos of motivating co-operation between business and public and voluntary agencies, the organisers included also a category for Public Service that was won by CoderDojo for its success in motivating volunteerism in the Docklands tech sector and in inspiring local children to learn to code. True, additionally, to its ethos of motivating volunteerism generally (Docklands Business Forum depends on volunteers) – the organisers also included a Business Forum Member Award that was won by Sinéad Smith, Corporate Social Responsibilty Manager at legal services firm A&L Goodbody.

In a function room resplendent with computer generated images of the office and residential developments in the pipeline for Dublin Docklands, Alan Robinson, Chief Executive Officer of Docklands Business Forum, said that 23,000 additional employees and up to 8,000 additional residents were expected in the area within the next five years. Looking even further ahead, he referred to five kilometers of navigable waterway on the River Liffey and the Grand Canal Basin and the potential for maritime tourism; he said: “Dublin Port have done a fantastic job in developing the cruise tourism business; as a next step, we have the opportunity to develop the eastern end of the river and the Grand Canal Basin as a maritime tourism quarter.”

Referring to the Docklands Summer Festival and the Dublin Port Riverfest, also organised by Docklands Business Forum, he said: “We could give the city a more permanent maritime tourism opportunity that would attract yachts from all over the world and bring jobs back and that would have huge potential for significant economic contribution.” He informed that the elected members of Dublin City Council had endorsed the proposal from Docklands Business Forum in connection with development of the Grand Canal Basin and said: “Our vision is that Dublin Docklands can become a go to destination for boating enthusiasts that would bring Dun Laoghaire or Howth-like maritime life into our city centre.” He added: “We already have the hotels, the entertainment venues and the public transportation links to sustain it.” 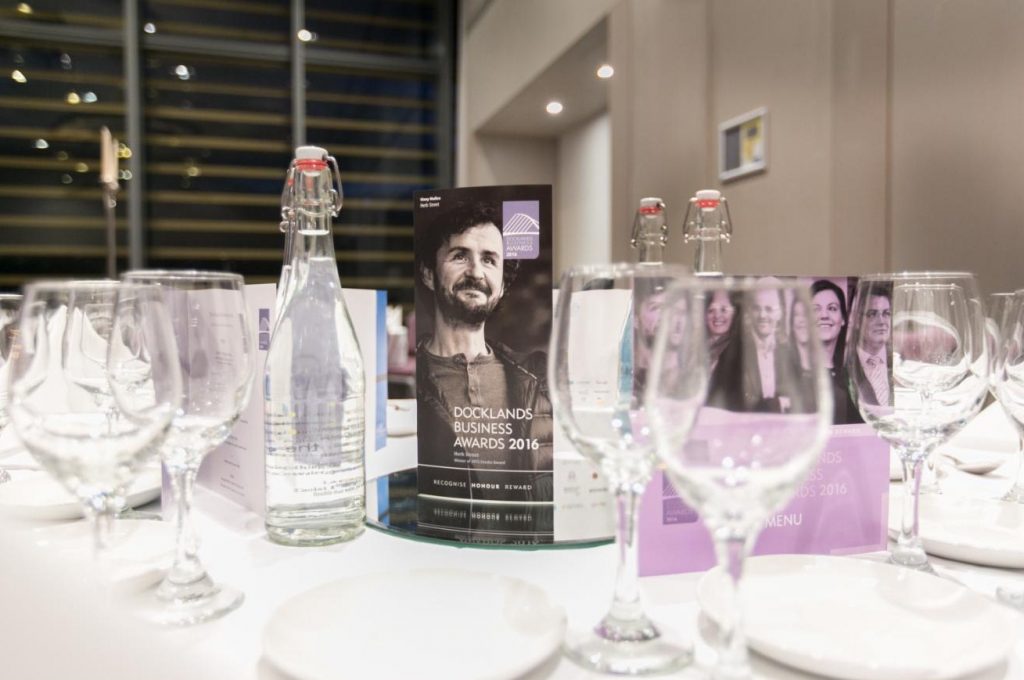 The winners of the 2016 Docklands Business Awards were as follows.

Foodie Award – sponsored by Bord Bia
Brasserie at The Marker

Exporter of Goods or Services Award – sponsored by Google
AirBnB