Hard work and a flurry of accolades in recent months have established Italian restaurant Osteria Lucio as a firm favourite with locals and visitors alike – and the team are delighted with the success. 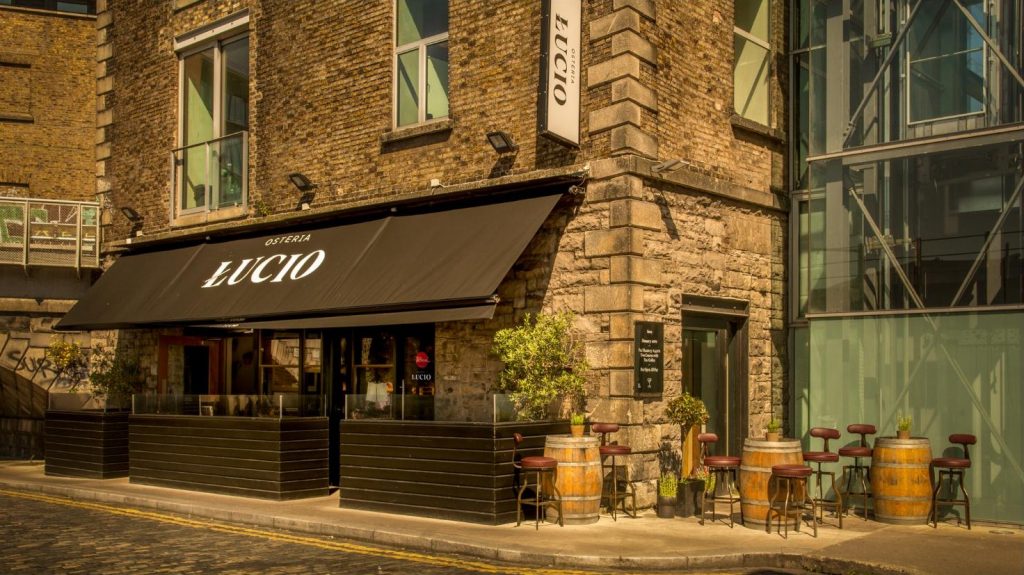 Open just two years, Lucio’s (as it’s known) was a bit of a slow burner at first, but its profile has shot up in recent months thanks to some great press which brought a series of high-profile accolades praising its food, staff and service. And business is booming.

First to appear was the Sunday Times’ February 19th issue, which brought exciting news for Lucio’s when it found itself listed in the highly respected McKenna Guide’s Top 100 Restaurants in Ireland for the first time. This was followed on St Patricks’ Weekend with a listing in the Irish Times Magazine’s Top 100 ‘Places to Eat’ which described the pizza as ‘spectacular’.

Most recently, just a few short weeks later on March 29th, came a glowing review from food writer Aoife Carrigy, Chairperson of the Irish Foodwriters’ Guild.   Writing in the Evening Herald, Carrigy described her meal at Lucio’s as a ‘total joy.’

Co-founded by Chef Ross Lewis and his long-time Italian friend Luciano Tona, also a chef, the restaurant was chosen by John and Sally McKenna for their prestigious guide because it’s already become ‘a place to go back to, time and again.’ As the Irish Times puts it, ‘Lewis isn’t cooking here but he has brought a finesse to the food while the founding principle of using only the best ingredients completes the Italian side of the partnership.’ 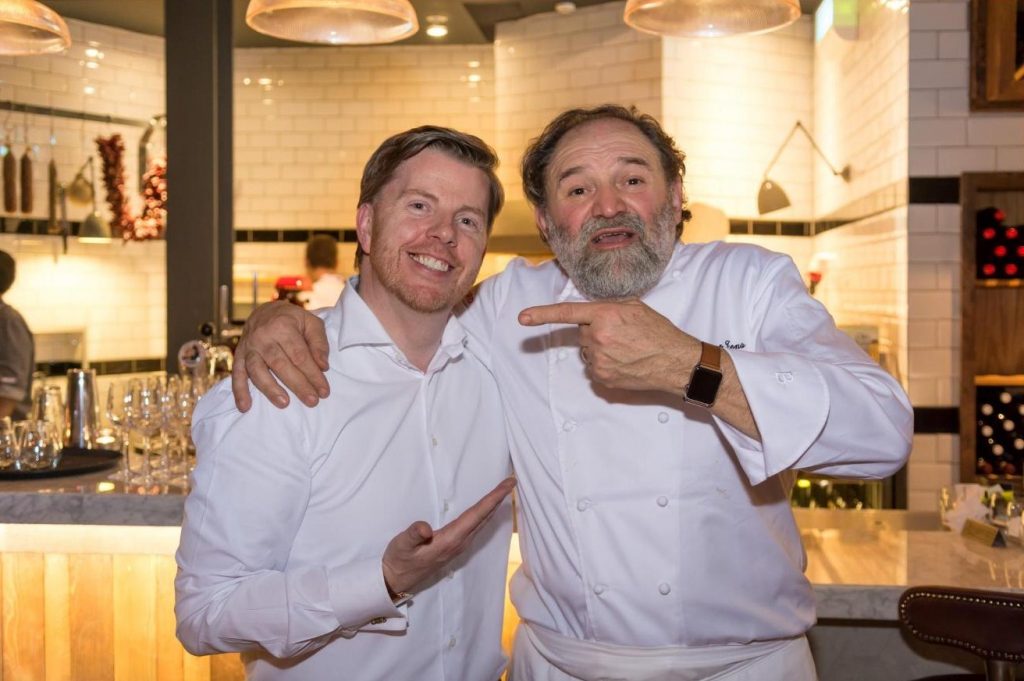 General Manager Robert Scanlon, a member of the Docklands Business Forum, is thrilled with all the recognition for Lucio’s ‘comfortable, comforting food,’ seeing it as a reward for all the hard work the team has put in to make the restaurant a success.

‘It’s great news,’ he says. ‘I love the McKennas’ Top 100 List because it recognises food and restaurants of all kinds – as long as they’re best in class and achieving high standards. You don’t have to be a swish restaurant with a huge wine list. You can be a cafe. It’s very democratic.   To have such positive press in the Irish Times and Herald as well is a huge bonus. ‘

As pleased as they are with the new accolades, however, Scanlon and Restaurant Manager Bobby Lawn are not resting on their laurels. ‘Positive reviews are always great,’ Bobby says, ‘because they get people through the door to try us out. Our job now is to keep it up so people want to come back not just once, but regularly.’

The team is excited about the future too. The restaurant recently took on a new chef, Tim Fisher, and sous chef Brian ‘Mac’, and the kitchen team continues to come up with inventive new dishes that guard what Scanlon terms the ‘intrinsic quality and flavour’ of the quality, mainly Italian ingredients.

The integrity of those ingredients is centre stage in all Lucio’s menus. And its appeal is broad. The restaurant’s proximity to the Bord Gais Energy Theatre means its pre-theatre menu has proven to be a hit, but lunches and dinner also do a very brisk business, and they even do take-out, which is popular among the many office workers in the big tech companies nearby and the growing numbers of people living in and around Grand Canal Dock.

So, where to next for Lucio’s?

‘We want to keep improving,’ says Scanlon.’ Our aim is to be a firm neighbourhood favourite well into the future. We’re a local restaurant, so to succeed, we need to respond to the needs of our customers who live and work around here.’

And for people who live and work in the Docklands, that can only be good news.