Facebook has opened new EMEA headquarters in the ‘Silicon Docks’ area in Dublin.

Flynn stated that the social networking giant is entering a new chapter at Grand Canal Square.

The Taoiseach also offered his support at the event. “The company was one of the first to locate in ‘Silicon Docks’ in 2009, an area which is today the heartbeat of the technology sector,” Kenny said.

“I have no doubt Facebook will continue to prosper at its new headquarters.”

Read more about the move here: 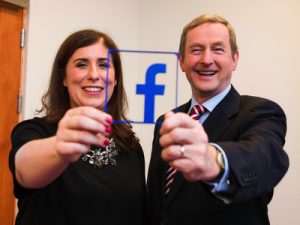