( Log Me In ) are expanding their offices in Dublin’s Docklands. The Company opened in the city in 2012 and are now growing their operations. An Taoiseach Enda Kenny attended the official opening of the Company’s new offices at Sir John Rogersons Quay on the 4th March 2015.

He congratulated the Company, which will generate 90 new jobs in the coming years, on their development.

“Ireland is now regarded by many as the ‘Internet Capital of Europe’. Amongst the big names, we have Google, Facebook, LinkedIn, Twitter, Yahoo, AOL, eBay and Amazon all located here in Ireland, with many located here in the Silicon Docks.”  (Speech by Enda Kenny, 4th March, 2015)

“The ongoing investment and office expansion in Ireland is a testament to our recognition of Dublin as one of the best markets in the world for attracting top high-tech talent.” (Michael Simon, LogMeIn CEO) 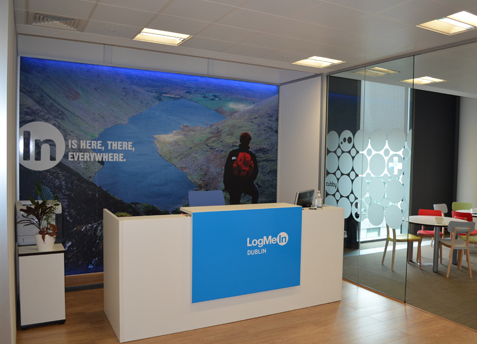